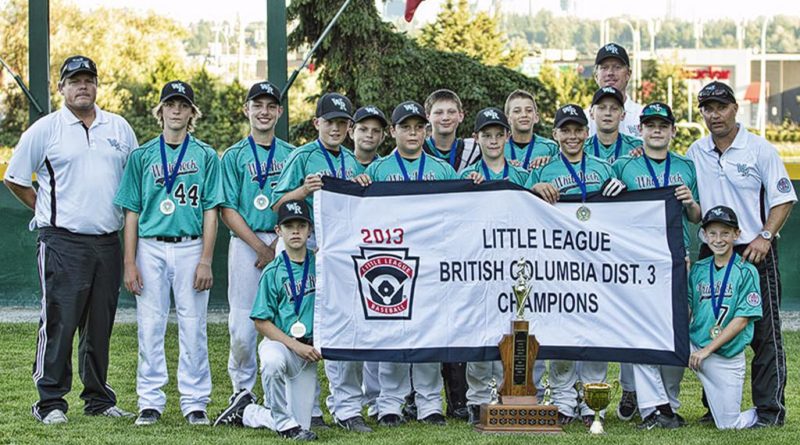 Congratulations to the White Rock 11/12 All-stars for winning the District 3 Banner, they will move on to represent White Rock at the Provincials in Kerrisdale July 20-28.  White Rock went a perfect 6-0 in the tournament, beating a very good Whalley team 7-2 in the Final.

In the final game, Cody Sigoiun came on to pitch in the second inning, getting out of a bases loaded 2 out jam, and then cruised the rest of the way, allowing an opportunity for the bats to get going and take over the game.  The team continues to get solid contributions from it’s entire roster with seemingly different kids stepping up game after game.  All Provincial games are played at Elm Park in Kerrisdale: 2022 Player Evaluations – Save the Dates!