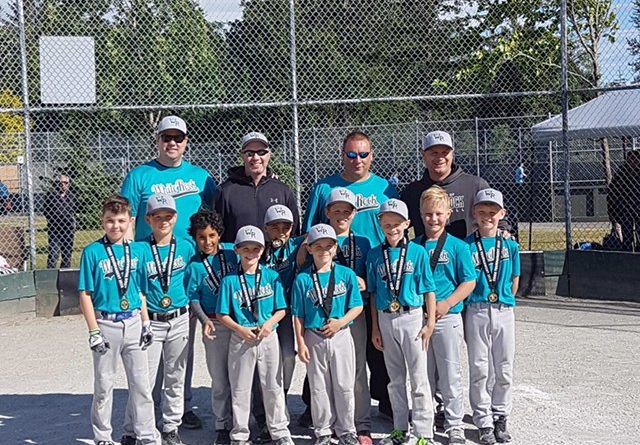 The 9U Tadpole White Rock White were victorious in the 2018 Cook Tournament held by Newton Baseball June 28th – July 2nd. The team finished the round robin portion of the tournament 3 – 0. They moved on to the semi-final where they were victorious against Newton Canadians 11 – 6. In the final White Rock put on a very solid performance defeating Cloverdale White Spurs 17 – 6.