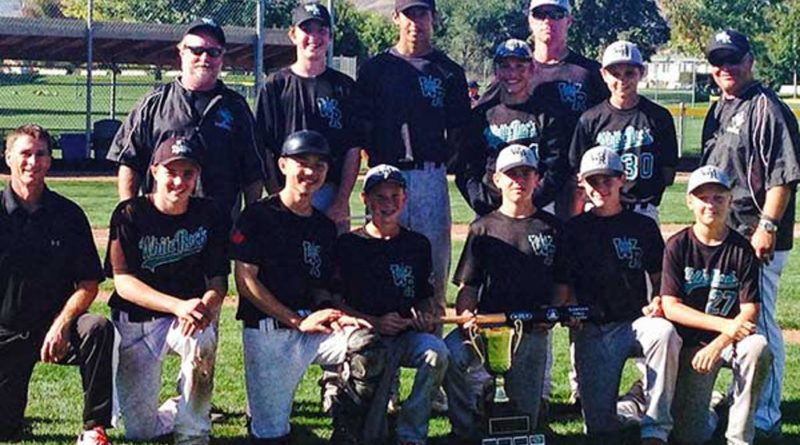 Congratulations to the WR Bantam AA Fall Ball Team for winning the Championship at theBig League Experience ‘Fall Classic Tournament’ in Kamloops BC this past weekend.

The Tournament brought together some of the Best 15u teams from Western Canada, including Baseball Academy teams from both BC and Alberta.

White Rock fielding a roster of just 10 players, played solid in the first 3 round robin games going 2-1, squeaking into the #4 seed out of 9 teams, by virtue of a tie-breaker.

The boys continued to show improved play over the course of the round robin, and built on that even further in the play-off round.Â  In the Semi-Final game White Rock was pitted against the #1 seeded and undefeated Okotok’s Dawgs from Calgary – WR jumped on the Dawgs early on route to a 7-2 victory.

The win set up a rematch with the Victoria Eagles who had beaten WR in the round robin.Â  Victoria jumped out to an early 6-1 lead in the final, but WR never gave up as they chipped away and eventually tied and took the lead by 1 run in the top of the 7th inning.Â Â  The Eagles also refused to quit scoring 1 run in the bottom of the 7th to send the game to extra innings – WR scored 3 runs in the top of the 8th with a clutch double from Matt Mele and single from Ben Schill shutting Victoria down in the bottom half to take the Championship 10-7.