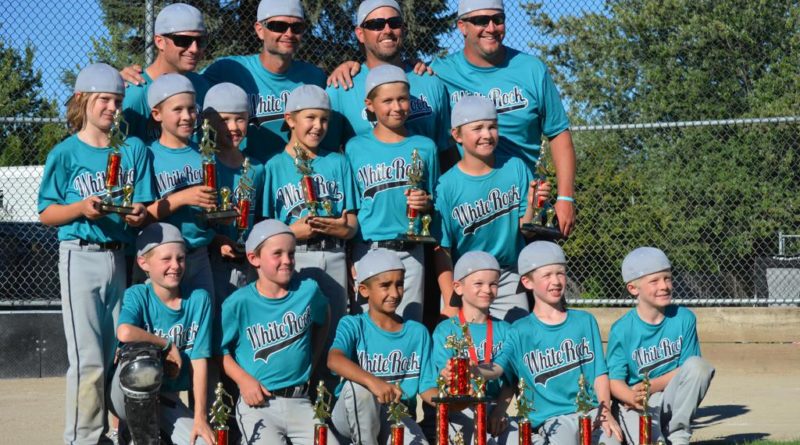 The 9U Tritons White Team were victorious in the final tournament of the summer season hosted by Cloverdale Minor Baseball. A 16 team tournament was the biggest challenge of the summer for the Tadpole team, one of two WRSSBA teams entered into the tournament, however the team persevered with strong pitching, great defence and timely hitting.

Winning all 3 pool games against Richmond, North Langley and Cloverdale White, the Tritons earned a spot in the Semi Final against Abbotsford Black. A tough opponent who hit the ball hard, but outstanding defensive plays were the difference in the 9-3 victory. In the final the Tritons won a back and forth battle against Ridge Meadows coming out on top 9-7 in an action packed game!

The team showed strong commitment throughout the season and were rewarded in the final tournament of the summer. Growth and development was demonstrated by all 12 players on the roster, the coaching staff is extremely proud of these boys! The future is looking bright for these 2008 born players.