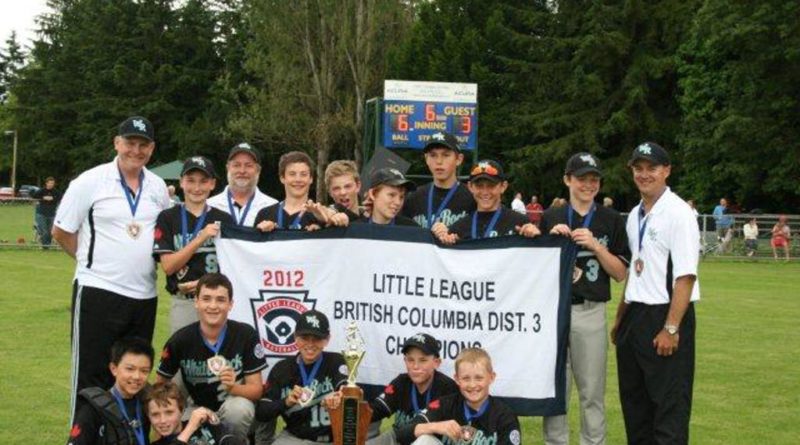 Congratulations to the 11 / 12 All Stars from White Rock South Surrey. They have won the DistrictsÂ  this afternoon with a hard fought game against Whalley with a final score of 6 – 3.

In the fifth WRSS’s Perrin Finlay smashed a three run home run allowing WRSS to take the lead and ultimately the game. Credit WRSS’s Adam VandenBrink with the win and Whalley’s Brennie with the loss despite an otherwise strong outing. White Rock South Surrey advances to the BC Provincials where their first game starts July 21, Saturday at 1:30pm.

Both teams worked very hard and should be proud of what they have achieved this year. We look forward to more great games at the Provincial’s in Trail. Thank you to everyone who helped to make this tournament come through sucessfully. The volunteers were spectacular.

2022 Player Evaluations – Save the Dates!