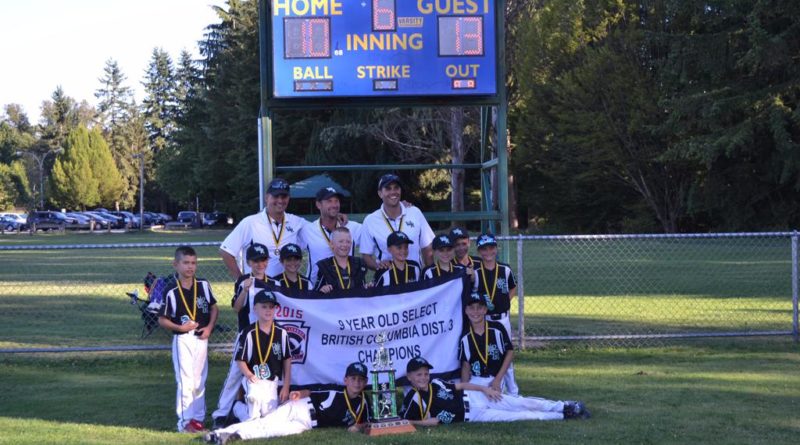 “The White Rock Triton 9 year old All-Stars capped off a terrific post season going 8-0 in the Langley Tournament, including a thrilling 13-10 win over Whalley in the final game.

In the finals, the Tritons jumped off to an early 13-4 lead behind the strong pitching of Leif Friedrich and Sebastian Cazorla, along with some timely hits from Jordan Hounsell, Lucas Johnson, Landen Hilditch and Adam Folia.  In the later innings, when the Triton bats went quiet, they were able to rely on some strong defence behind the pitching of Jackson Nadon and James Lawson.

Earlier in the same day, the Tritons knocked of Hastings 14-3 in the semi final behind the strong battery of pitcher Grayson Frers and catcher Jett Carroll, who also chipped in with two big hits in that game.  Some strong defence and hits from Logan Johnston and Dylan Garland rounded out what was a true team effort with significant contributions coming from all twelve boys all week long.

The Tritons finished their post-season with an impressive 16-1 record which included a runner up finish in Kelso, Washington against some tough US competition.”