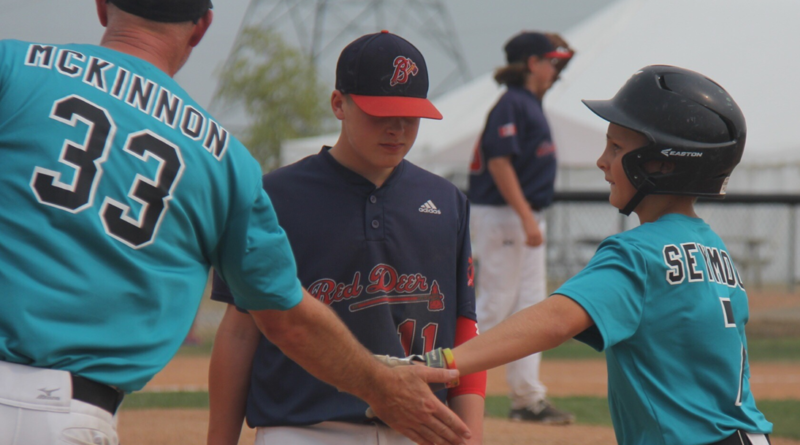 I would like to express my gratitude and admiration to Randy McKinnon for everything he has done and continues to do for my son – Vasya Seymour, 2006. Vasya first started playing ball when he was 7, and Randy coached him for the first time with Super Sevens in summer 2013. Six years later my son calls him his “adopted father” as Randy always goes above and beyond his duties. He has taken Vasya to tournaments, practices, games, and taught him life lessons, and even took Vasya to breakfasts before the games and dinners after, and, of course, most importantly influenced Vasya’s passion for baseball. Randy loves baseball and passes it on to the kids he works with. Vasya just made it to Team BC, and I have to give a big credit for it to Randy.

Now my younger son plays baseball and Randy always asks him about it, gives him tips, and suggestions on his skills. His calm and confident demeanour  is  a very positive influence that the kids need in their lives. Thank you Randy from the bottom of my heart for everything. I know I can always rely on your kindness and wisdom. I hope and wish you many more high achievements. I am very grateful that we met you!