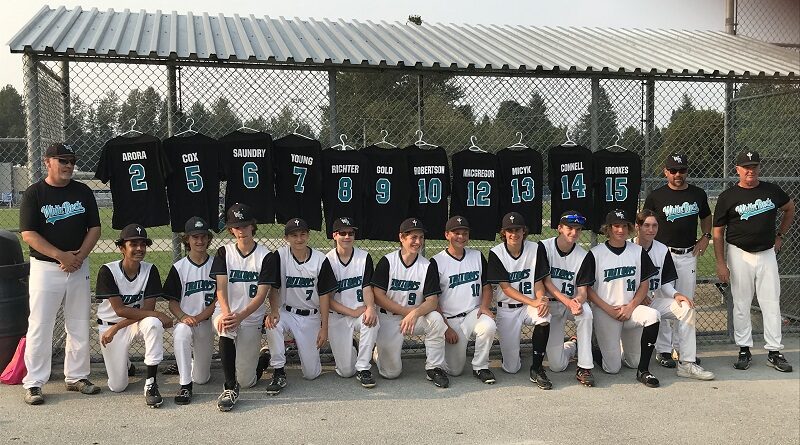 The 15U Bantam AA team, lead by Chris Strain, Brian Young and Ryan Cox, came close to making the final four, but couldn’t beat the Ridge Meadows Royals in the mid-August 30+ degree heat.

It was a long season which started back in January with a 6-week winter training program. After three changes in head coach, league play started in mid June and ended two months later.

Highlights included beating one of the best teams in the 25-team Lower Mainland and Vancouver Island league, North Delta, twice and then putting everything together to knock out Cloverdale in the first round of playoffs and make it to the final eight.

The players worked hard throughout the season and developed many new friendships.