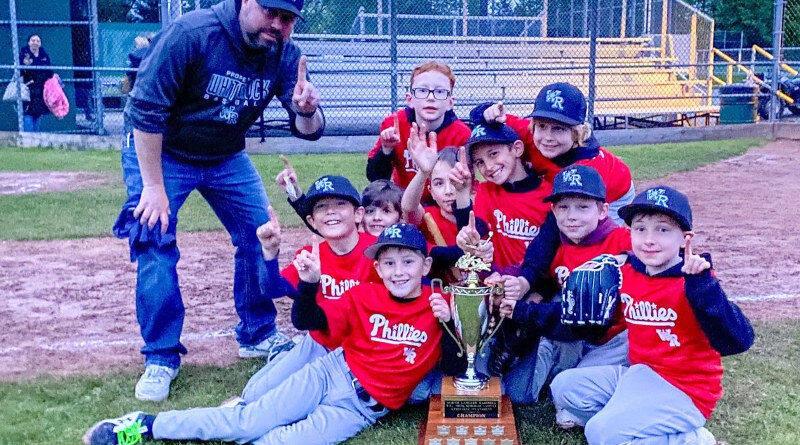 Championship Teams News
May 15, 2022 admin
The White Rock 9U Tadpole Phillies took home gold at the Will Smith Memorial Tournament hosted by North Langley Baseball. Due to anticipated rain, the schedule was condensed and the entire tournament was played in a day and a half.
The Phillies played 5 games in 26 hours, scored an impressive 56 runs, and went undefeated in the tournament. In the final, they faced a tough opponent in the North Langley Slingshots and made some great defensive plays in the 5th to hold on and win 10-7.
Playing with a short roster of only 8 players in two of their games, the Phillies definitely faced some adversity, but they played their hearts out and left it all on the field. Every player worked hard, improved their game, and demonstrated great sportsmanship. The coaches are very proud of each and every player.