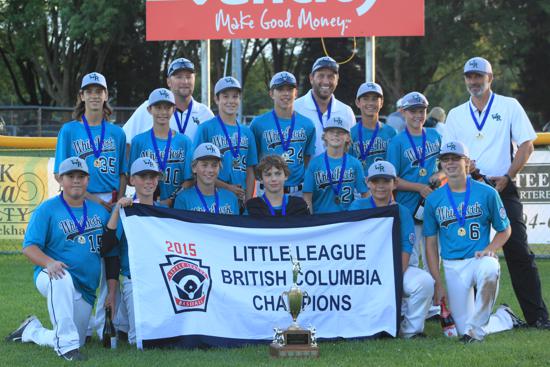 For the eighth time in the 69-year history of the Little League Baseball® World Series, a team from the Surrey, British Columbia-area will compete as the Canada Region Champion. White Rock South Surrey Little League defeated East Nepean Little League from Ottawa, Ontario, on Sunday, August 16, 16-0, winning its way to compete in South Williamsport, Pa., this summer. Seven teams took part in the nine-day event held in Ottawa.

White Rock South Surrey Little League first competed in Williamsport in 2007, making a return trip to Williamsport the following year. This will be the 56th time that a team from Canada will compete in the Little League Baseball World Series, the most of any country outside the United States. British Columbia is where Little League was first established in Canada, with programs starting in 1951.